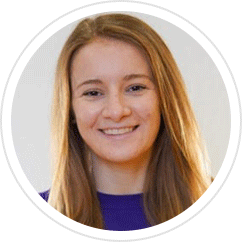 Coach Bri attended Lampeter-Strasburg where she played four years of varsity softball earning All-State honors as well as leading her team to their first State Finalist title in program history. She continued her softball career at West Chester University where she played five years, three years as a captain, and graduated with a B.S. in Accounting, B.S. in Finance, and minor in White Collar Crime in May of 2021. She is currently employed as an accountant at Trout CPA. During her time at West Chester, her team won two PSAC Championships, three Regional Championships and made three World Series Appearances. She was named PSAC Freshman of the Year, PSAC and Regional Player of the Year, All American Honors 2x, First-Team Academic All American Honors 2x, as well as West Chester University Female Athlete of the Year. She currently holds two PSAC Conference Records and seven West Chester University Records including career hits.

Coach Bri comes from a huge baseball and softball family. Many relatives are currently coaches at all levels of the game, from youth to professional. Her two sisters are currently having stellar careers at the University of Delaware. Her dad coached baseball at Lampeter Strasburg for 20 years and is currently in his third year as a volunteer assistant at West Chester University. She draws inspiration from her family as well as from the young athletes she works with. Coach Bri has worked and organized clinics since playing in high school. She first started working with athletes individually when she was home from college. Working with the next generation of athletes and watching their success increased her love for the game. This is her second year coaching travel softball.

Coach Bri’s goals for softball players include development for success at the high school and collegiate level as well as building mental skills that’ll accelerate not only their softball career but life outside of softball as well.